Our goal for the Wood Street Journal is simple: to educate and empower the reader by providing them with the tools to market their business, organization, or cause online. We do this by offering posts by experts on web design, tech trends, SEO, social, content marketing, and more. If there are any related topics you’d like us to cover, please let us know!

Design- life is all about designing and setting things in patterns. Designing makes any object look much better and organized. The same is the case when it comes to designing on technical levels. As the world revolutionizes, the changes also occur in the world of tech designing. 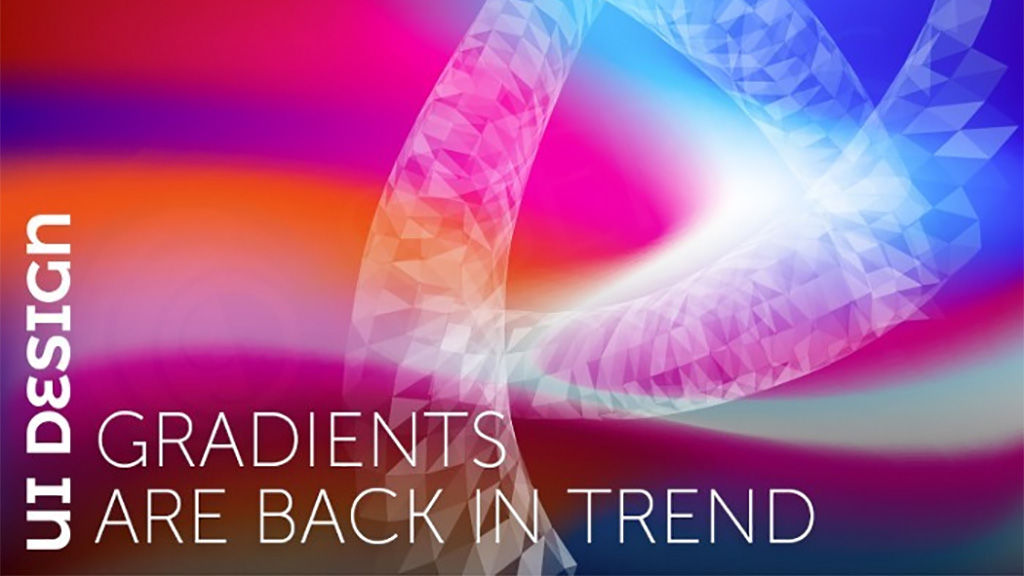 The two most prominent designs are the Flat and Gradient designing. Both the designs are well renowned and have a history of their significance. First, let us discuss what exactly these designs are and how they have ruled the designing world.

What is Flat Design?

Flat designs are also cellphone friendly as they work effortlessly on cells while using less space and reducing visual noises. Flat design provides users with streamlined and more optimal user experience. It also eliminates unnecessary clutter, which proves how usable it is.

How Long Have Flat Designs Been Ruling?

While many designers have programmed their way to flat design, it is safe to say that tech giants such as Microsoft and Apple made flat design pretty popular. Microsoft launched the “Metro” design on its software available at that time like Windows 7. Large, bright, grid-like shapes dominated the Windows 7 style.

The style became popular and was kept in Windows 8 as well. As the popularity of the design progressed, Apple too was drawn to flat design and launched it in the release of iOS 7 in 2013. iOS seemed to have made a significant impact on the app designers and web developers, and flat design was the latest trend and had been ruling since then.

As technology advanced, the flat design seemed to fit well in the scenario too. The screens became high-def, and the need to display crisper imagery doubled. Displaying boxes and textures without drop shadows was a lot easier. Hence, flat designed seemed to accommodate in the present world.

Gradients, also known as color transitions, are colors that blend from one to another ranging to as many colors as you like. Gradients are not limited to two shades or hues, as many vibrant colors can be used as a person likes. Gradients can blend similar colors to a unique color as well.

A few decades back, gradients were a popular way to add color and depth to designs. They had remained popular, but then the flat designs took over. The gradient trend is exceptionally versatile. It can be used to express emotion or be subtle as well.

Gradients and Their Comeback

Recently, gradients have made a comeback in popularity but in a different style and manner than its application before. Now the gradients are much softer, playful, and blend quite easily. The days when there used to be harsh color transitions, irritating metallic finishes, and rainbows are way behind us!

They have already been named “Gradient 2.0” design by communities. It is quite clear that gradients are becoming a trend again, but what makes them different from the 2000s? They are being fit in the background as well. Designers are blending similar bright colors in backgrounds and adding depth and visual designs to it.

The possibilities are endless! Colors can be easily blended in a gradient. Designers can easily create apps by just combining apps, and there is much room for creativity as well.

The Gradient Trend in Action, The Reason It Is Being Accepted Again

So ‘how have the gradients come back into action? What trends are those that make the gradient acceptable?’ They are versatile, and there are several ways gradients are expressive, some of them are:

Logo designing is an effective way to express change. Gradients came back in action when some of the famous App like Instagram changed its logo that involved gradients. In 2016 jaws were dropped when the logo of Insta was altered. After the rebranding by apps, many logo creation services have started using gradients again.

The brand now displays a wildly-colored semi-flat logo, and the gradient splashed over it. Various brands and applications have rebranded icons and moved from an already-flat version of it. Mozilla Firefox, Tinder, and Asana are some apps that have rebranded their logos.

Gradients have a variety of uses; one of them is web design. You can easily use a combination of bright colors and form a subtle background. Fun, funky vibes and photo overlays can be easily added. Gradients can also make web designs bold yet classy. A significant impact can be made without being visually too expressive or overwhelming.

As flat designs do not have a variety of colors and gradient do, they seem a logical decision in web design. Gradients are not just used instead of flat design but also as something entirely new.

We all live in a world with a plethora of apps where one struggles to overthrow the other. In this mess, gradient usage in apps plays a vital role. In a sea of apps, one has to find a way to stand out. Either as background or in designing, gradients are a great way to help an app stand out.

Apps like Snapchat and Skype have now started adding gradients in their backgrounds and other filters. Gradients are applied depending on your moods like bold colors for energetic feel, pastels for a calming experience and dull combinations to express sorrow.

Not just in designing or apps but gradients slowly have a comeback in packaging as well. Gradients are used as a background element is packing. As gradients have varieties, the type of color can be used to express the nature of the product being packed.

If one is going for a sporty product, then a bold and daring color may suit. On the contrary, if it is a cosmetic product – say a face wash is being launched, a pastel shade would do justice. This is how and why packagers opt for gradients as per their convenience.

One of the best ways to tell which design rules is by looking around. How frequently do you see the design is what proves its worth. The kind of effects used in printing also define what type of style is in trend.

Gradients are nowadays used in business cards, book covers, and posters. Print materials provide a fantastic opportunity to bring a gradient trend to life. It can be a logo or a cover of a book, a card, or a text illustration. The possibilities are simply endless.

The points mentioned above state the points and facts of why gradients have come back in the limelight.

With its appearance, disappearance and eventual comeback, the question remains unanswered whether gradients are back to stay or vanish. Gradients can make designs potentially memorable and may leave long term memory in a person’s mind. At the same time, flat designs are also able to adapt to discoveries, trends, and ideas.

Flat designs bring us a step closer to the paradigm of designs. For now, it is not true that gradients are gone for good; in fact, they seem to be in trend. For how long can they be in trend, feel free to share your opinions with us in the comments section below.