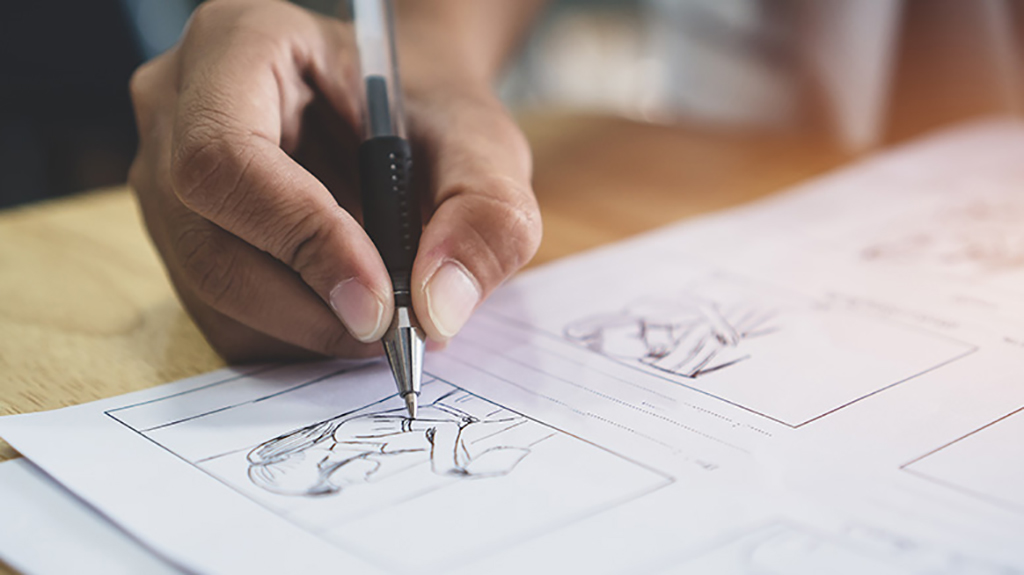 Video is dominating marketing these days. Every social channel is clamoring to get your video content. Video, when done properly, can capture and convert a user better than static content or even images.

Explainer videos are just that, video that explains a concept, product, function, process, etc. Where a 1,000 words might be necessary to explain a concept, a 30 second video could do it quicker, better, and with better engagement.

Don’t believe me? Take a look at some of these stats from a recent WordStream article on video marketing:

So, what are we talking about here? Do you simply need to whip out your iPhone and record the COO explaining the functional specs of the… snoring.

Moving images with someone talking is not where the requirements list for a successful explainer video ends. A quality explainer video takes planning, creativity, and, yes, time and money.

Start with an outline. What are the main points you need to cover? An explainer video should focus on about 5-10 main points. Any more and you risk both watering down the lesson and losing your audience. Any less and you lose value.

If you find that you cannot explain something in 5-10 points, consider doing a series.

There are two important characteristics of a well written explainer video script:

It’s easy to write a bunch of words. It’s hard to be clear and concise. Remember, you’ll be paying someone to read this script. So, make sure it only contains the information needed to get the point across.

Seems extreme, but it matters. The same rules apply for video script content. But, just removing words isn’t enough. It still has to be effective in explaining the concept.

As the viewer watches your video, your spoken word content will be their guide as they take in the visual information. It should keep their attention, explain the concept, and be clear in its presentation.

Take your script and read it aloud. How does it sound? Is it awkward or is it clear? Try reading it to someone who doesn’t know anything about the concept you’re explaining. Does it make sense to them? It should.

You might be thinking “but, my target audience will have some baseline knowledge about the concept.” Or maybe you weren’t thinking that. Fine. Either way, assume that your viewing audience knows nothing and is incredibly distracted. That’s who you’re dealing with here.

You might want to consider hiring a copywriter to at least edit your script for content and tone.

Explainer videos come in many different shapes and sizes. The most popular ones seem to be the whiteboard illustration videos. Or maybe that’s just all I see anymore.

They can be simple like someone speaking over a series of images. Or complicated with lots of custom illustration and animation work. It doesn’t matter what style you choose as long as it’s appropriate for the concept and content. And it resonates with the target audience.

If you decide to go with something simple, you need to make sure of the following…

Simple doesn’t always mean uninteresting. As long as you think about how the images support the message and test that theory with a test audience, your simple video should be very effective.

If you have the budget for it, animated videos can actually be easier to work with. You have the animation to further explain what your voiceover is saying.

This type of video can get out of hand pretty quickly though. Animation for the sake of animation is a huge waste of time and money. Don’t try to be cute.

Of course there is the original, live action video. In other words, video of real things, whether they be people or otherwise.

Be careful with this though. If you don’t have a solid subject who looks and sounds convincing on video, you will struggle to get your point across. Take some time to consider what video content would help your audience understand the concept.

Remember, you have an unspoken contract with the viewer. They’ve made the commitment to watch the video. You need to commit to making it worth their time.

This is where storyboards can make all the difference.

Storyboarding is a common practice for video. It’s been around for a while, used in setting up scenes for movies and TV and even for live action performances like plays and operas. Or so I’ve been told.

A storyboard is like a cartoon version of a presentation. It can be simple images, or it can be sample illustrations that will make up the animations.

You don’t need to spend an enormous amount of time on storyboards. In fact, you should make it a point not to.

Storyboards should be quick and dirty. This isn’t about look and feel as much as it’s about mapping your video out.

Use a simple format like a Word doc or Google doc. Simply create a screen by screen snapshot of each scene.

You can then review with your team and make adjustments as needed. Storyboards are crucial because editing your video after it’s been created, live action or animation, is much harder and more expensive than editing a storyboard.

Choose the Right Voice-over and Music

Voice and music are critical to the success of an explainer video. Just think back to the last annoying sportscaster or radio host you’ve heard. Or the commercial using music that makes you scramble for the remote to hit mute. OK, that might just be me.

Finding good voice-over talent and music used to be a labor intensive undertaking. Now, thanks to the interwebs, you can listen to literally 1,000s of samples of both.

You can also get your voice-over candidates to do samples for you using your actual script. When you have your samples, allow your team to listen and make their choice.

A great resource for voice talent is www.voice123.com. They have tons of samples and you can contact the talent directly. You’ll need to decide on union or non-union talent. I leave this up to you and whatever principals you have or don’t have.

Music is tough. You might have a certain song in mind. Maybe even one of your favorites. But, unless you have an unlimited budget, you won’t be able to get that song.

There’s no shortage of stock music you can download from various services. Just do a search for stock music and you’ll find tons of resources. Just make sure you choose wisely.

Take the sample and listen to it over and over again. Make sure it doesn’t start to drive you insane. You want something that sets the mood, isn’t annoying, and goes well with the overall theme of the video.

Just ask, “what will keep them engaged?” vs. “what will drive them insane?”

Again, voice-over and music choices are going to be very subjective. If you have team members who are similar to your target audience, run these by them and note their reaction. You won’t please everyone on this, just try to get close.

Animate Based on Final Script and Voice-over

Notice that this step is last? Never animate before you have the voice-over finalized. It will be very difficult to match the two this way. Instead, get the voice-over recordings dialed in to where you want them and then animate in time with them.

You’ll want the animation to “frame” the voice-over explanations. The visuals should be timed with and support the words being said. This reinforces the message with a visual which makes the lesson much easier to remember.

Generally speaking, there are three types of learners. Each of these take in, process, and store information differently. This matters a great deal when developing your explainer video, assuming you actually want people to retain the information and act upon it.

Let’s look at each…

This is the largest and most common group. They learn by seeing things. They process information in pictures. When they want to recall something from memory, they will try to visualize it.

Visual information is going to be crucial if you expect them to retain and act on the information you’re presenting. Storyboarding and animation are very important steps when considering visual learners.

Auditory learners are not quite as common as visual learners. These people learn by hearing things. When trying remember something, they will access their memories in “sound bites.”

These are the types who like to talk things out. You might have someone like this in your office. The person who always seems to be talking to themselves. They need to hear information, whether it’s from themselves or some external source.

Voice-overs and music will be critical when trying to reach an auditory learner. The cadence of the speaking and the hook of the music with stick with them. But, they also need a pause in the speaking so they can comment to themselves about the what was just told to them.

It’s important to these learners that they understand how what you’re telling them can be applied in the “real world.” They will want to see examples, case studies, and hear real-life stories.

They have to be able to get a sense for how something feels before the message will resonate with them. This group is often very restless so you need to connect with them early on.

Your animations and script should have examples that draw from your audience’s daily life. Use case studies or anecdotal evidence to help them relate to the message.

Your animations, voice-overs, and music all play a crucial role in the success of your explainer video.

Plan For Your Video’s Success

We’re bombarded with video all day, every day. Some of it is fun, like people falling or cats falling, or anything falling, really. Some of it is serious and sometimes heartbreaking. But, all of it is competing for our attention.

A successful explainer video takes planning. You need to map things out. You’ll need to craft a message that resonates with different types of learners. Your visuals need to connect as well. All of it matters.

Follow these steps and your explainer video will produce for you now and well into the future. Good luck! You know where to find us if you need any help.

And so you know that we practice what we preach, here are a couple explainer videos we’ve created for our clients…

If you’re interest in doing an explainer video, we can help. Drop us a line.

Founded in 2002, Wood Street has built a reputation of consistently dedicating itself to outstanding web design and development, as well as quality customer service. Through these core principles we have been able to acquire top-notch design, development and marketing talent as well as ally ourselves with some of the area’s leading experts in the industry.